Ryder Cup "PGT vs the TOUR of Boston"

Known as the "Players Challenge Cup" with a Ryder Cup format.  This is a yearly competition between the PGT and the TOUR of Boston since 2002.  Two similar Pro/Amateur Tours with great competition and camaraderie where we meet to have a three day match play competition.  Half way between both cities is Binghamton NY where we meet at a great course called The Links at Hiawatha Landing.  There are Fourball, Alternate Shot, and Individual matches to determine a team winner. See the Trophy Room page for all past results. 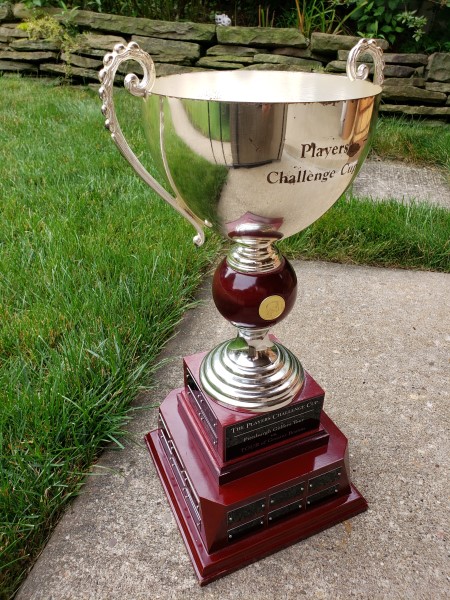 Ryder Cup Team Eligibility.  The Ryder Cup Team and Ryder Cup weekend (last weekend in July) is a long tradition and one of the most fun and competitive events you'll have. The team has a maximum of 20 players and we are working on a variety of qualifications and requirements to be on the team.  The team captain and Ryder Cup Committee will pick the team and wants to keep it as competitive and fun as possible.  If you have interest, please let us know. 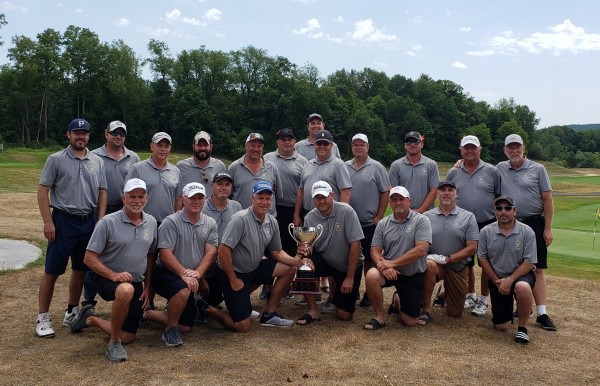 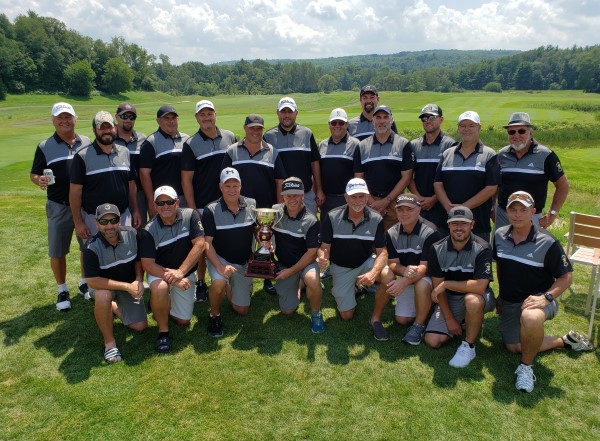 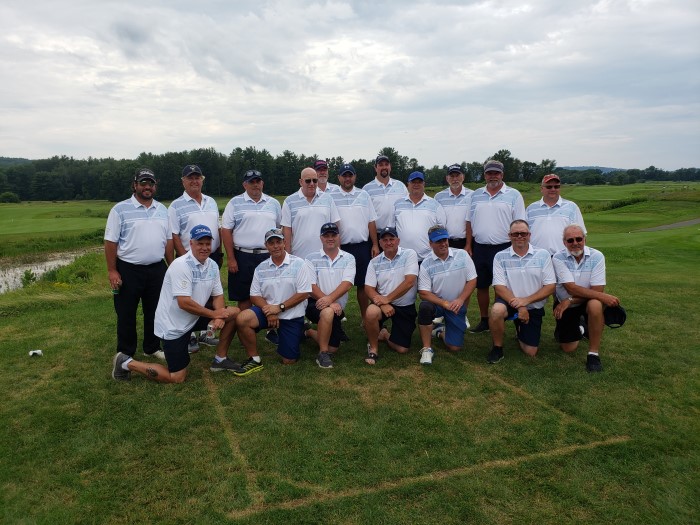 Boston held the Cup and retained it again in 2016 with a 20 to 20 tie.
There was a bit of rain of and on throughout the weekend but we got in all the matches for a typical close call and down to the wire finish. 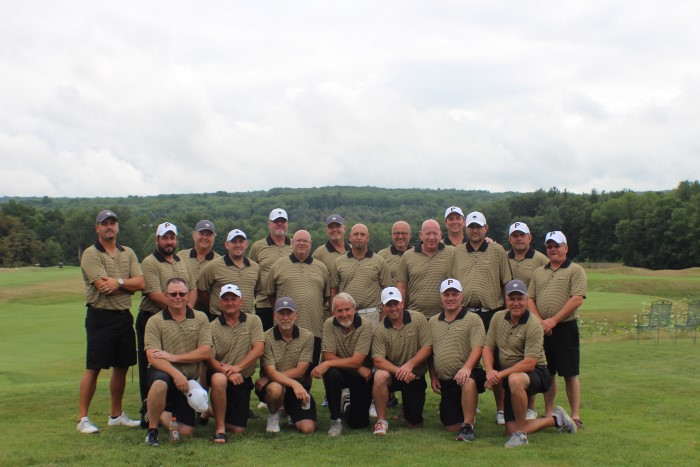 2015 Results......
Pictures are lost in space somewhere
(see below for previous year results and pics and all results on Trophy Room page)
Boston held the Cup and retained it again this year with a 20 1/2 to 19 1/2 win.
PGT has won or held the Cup 9 of 13 years.  This is a great competition and format we look forward to every year.  John Ramsbotham is the anchor and team captain.
The team is comprised of players who have participated in the past, good match play players, PGT members in good standing and who participate frequently in our tournaments, and who match up against similar handicap players from Boston.  Any PGT player can register but they are picked to form the team based on the above.  Refer to this Ryder Cup page for more details as we set them in the off season..
Format and weekend events as follows: Golf is held at EnJoie and/or Links at Hiawatha Landing in Binghamtom NY (this location is half way bor both Tours). Friday afternoon practice round and skins game followed by dinner at the club.  Saturday morning fourball competition.  Saturday afternoon alternate shot.  Dinner and drinks at the club Saturday night.  Sunday morning individual matches followed by trophy presentation.
2014 Results....
The Boston TOUR wins the 2014 Players Challenge Cup.  It is headed to Boston for the year after an impressive win and we'll fight to get it back next season.
More pics to follow...
(see below for previous year results and pics and all results on Trophy Room page)
2014 PGT Team members: (Captain)John Ramsbotham, Dan Rieg, Dave King, Tom Cherny, Mike Kurpiewski, Eric Yandrich, Joe Pici, Joe Fedor, Craig Smith, George Messmer, John Johnson, Pete Dewil, Ed Orr, Shawn Roche, Red Smith, Brian Proch, Jeff Olander, Drew Evanoka, Bernie Bible, and Denny Beck. 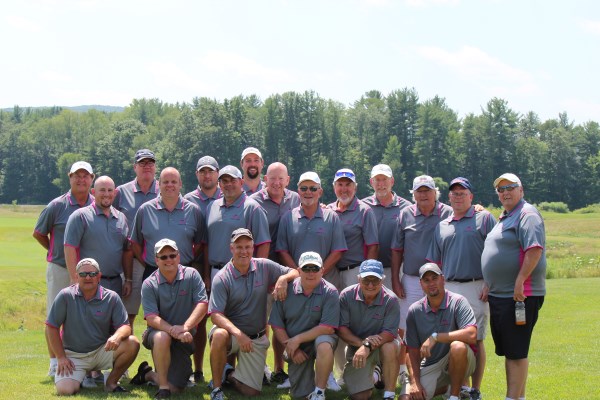 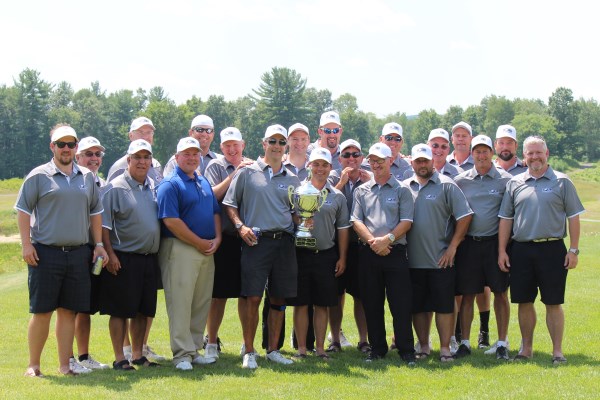 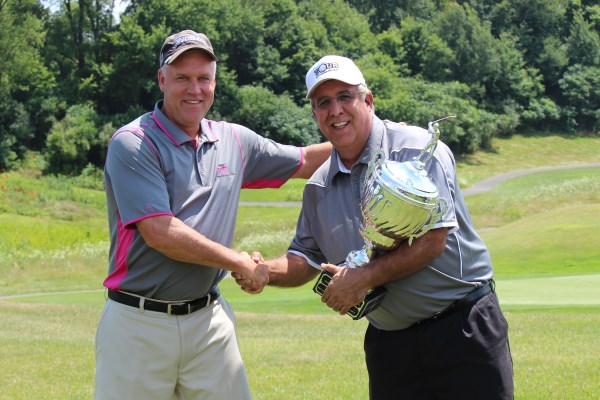 Past results can be seen in the Trophy Room page. 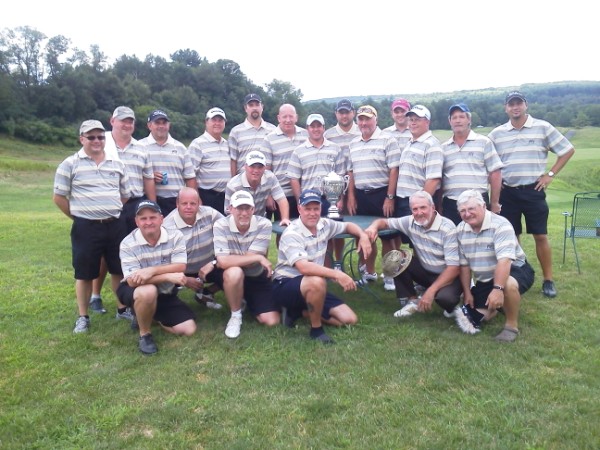 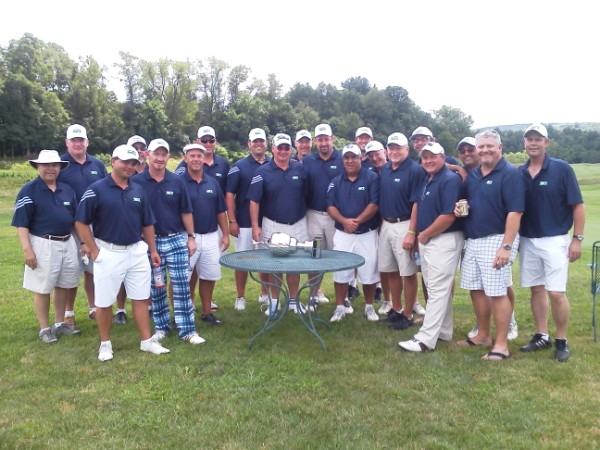 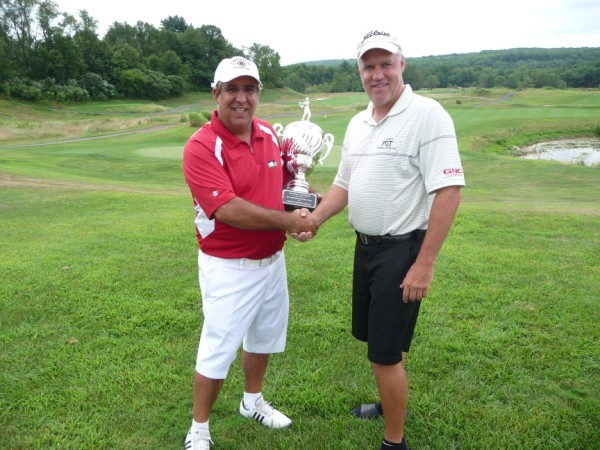 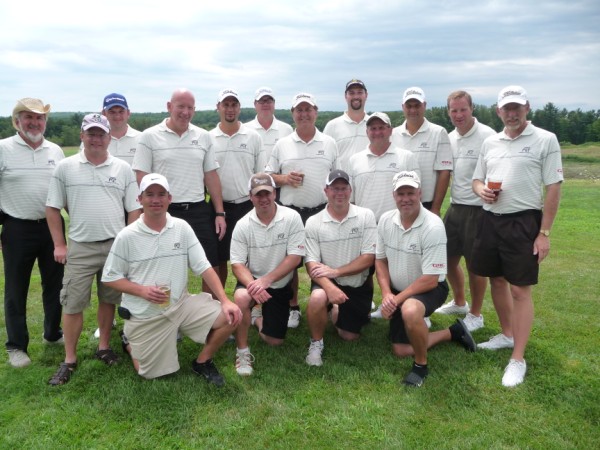 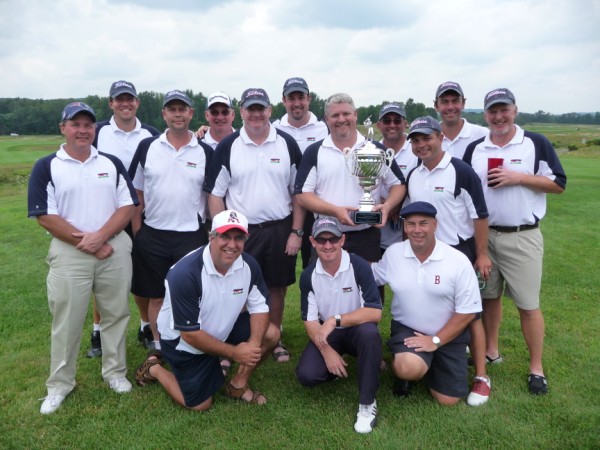 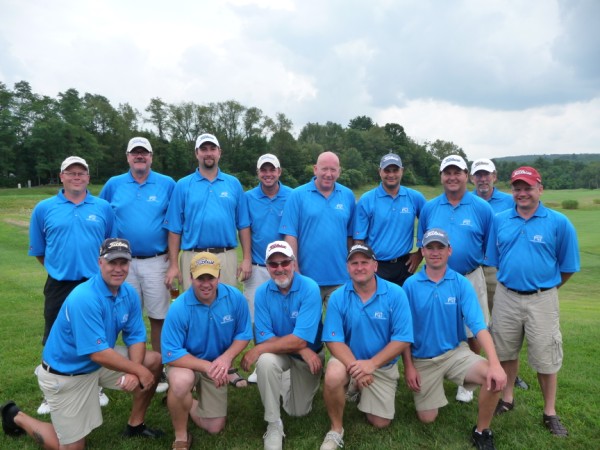